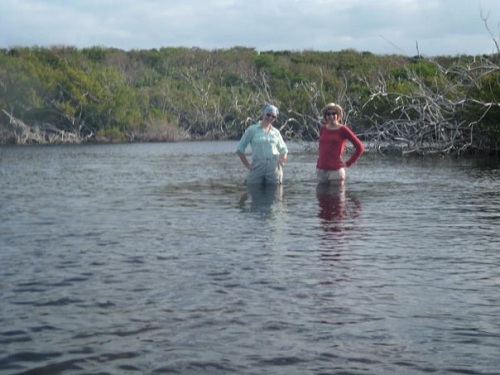 I rarely claim to have any supernatural abilities.  Yes, I did have a great aunt who was a self-reported psychic, and yes, when she told my grandfather that she saw “water” in his future, he did return home to find a broken pipe leaking water everywhere.  But let’s just say that most of those supernatural qualities ended in my lineage a few generations ago.  I do, though, have two qualities that I would qualify as super-awesome (if not superhuman).  They are that I don’t bruise and I don’t itch, or at least I only do so rarely.

Of all the possible superhuman traits: breathing underwater, flying, seeing through walls… let’s face it, Dr. Superman PhD, the field ecologist, would envy my abilities.  Sure he may be faster than a speeding bullet, but is he faster than black flies in August in the back woods of Maine?  I think I’ve got one up on him, if I do say so myself. I don’t out-fly them, I just don’t feel them.

So, it is not for myself that I am writing this blog post.  It is for all of you, with other non-itch-related superhuman traits (double jointed? Can do that weird twisty thing with your tongue?) with swollen eyes, itchy welts and a bruised outdoors spirit.  I have bad news for you folks, if you think the world is itchy now, just wait a couple years.

For those who suffer from “the itch”, the outlook for one of most hated, foulest, itchiest plants of them all, poison ivy is not so good.  It turns out a higher atmospheric carbon environment is a better place for poison ivy to grow (1).  In addition, researchers discovered that though the plants didn’t make more of the itching compound, urushiol, they did make a more noxious form of it.  Which is sort of worse, if you ask me.

Now plants are not the only evil conspirators when it comes to an itch-free future, as ponds and lakes may become less hospitable in the hot summers because of the dreaded swimmer’s itch.

Swimmers itch (aka cercarial dermatitis, aka gross) is an immune response to little parasites that invade your skin when you are swimming. It’s actually good to get itchy because that means your body has identified the invaders and is working on ejecting them from your body.  In this case itch = good.

So where do these parasites come from?  Snails.  Where do the snails get them?  Bird poop.  So yes, if you get swimmer’s itch, there is a high chance you’ve been swimming in bird poop.  But you are in a pond, in the summer, surrounded by birds, so what did you expect? (Click here for a life cycle animation)

Since these parasites are dependent on several hosts: birds, snails, you….a good environment for any of these animals is a better world for the parasites (2).  So a warmer, longer summer can result in birds hanging out in a pond longer, just pooping away onto snails that are active for a longer part of the season and are now infested with larvae that experience accelerated growth due to the warmer weather.  And then there is you.  Swimming around to cool off in the hot summer day.  You vector.

For disease-carrying mosquitoes, like the Asian tiger mosquito, the number of mosquitoes will not change as much as the range that they will cover.  The Asian tiger mosquito is responsible for the gift of dengue and chikungunya fevers which can not only give you an awesome rash, but horrible fevers and vomiting.  Yeah Mosquitoes!

In a warmer, wetter environment, Western and Central Europe will become a hospitable place for these mosquitoes in the next 100 years, while Southern Europe will end up too hot and dry (3).  More reason to get that summer home in Mallorca.

So now that I have completely grossed you out and made you itch all over at the thought of the your future, will you run out and stock up a barrels of Benadryl?  Will my descendants become itch-free superhuman gods?  Will we avoid ponds, woods and Northern Europe altogether to preserve our sanity?  Or will we do what we’ve always done: buck up, suit up and enjoy the great outdoors?

*Special thanks for UC Berkeley for free access to the literature.  Power to the People.  I apologize that most of these documents are behind a pay wall.  I encourage you to complain to your congressman.

Minda Berbeco has a PhD in Biology from Tufts University and is a science blogger in the Bay area.  She would like to thank her friends for answering the call to list as many itchy things as possible.  Here is a short list of what they came up with: Hair shirt, Cats, Rashes, Wool, Bug Bites, Prickly Insulation Fuzz, Razor Burn, Allergies, Jelly fish, Lice, Talking about Lice, Chiggers, Poison Ivy, Bee Stings, T-Shirt and Undies Tags, Freshly Cut Grass, Sunburn Acquired Near the Equator, Nettles, Tarantulas, Prickly heat, Fire Ants, Burlap, Trigger Fingers and Running!  I’m not sure I get the running part.

2 thoughts on “The future is itchy”